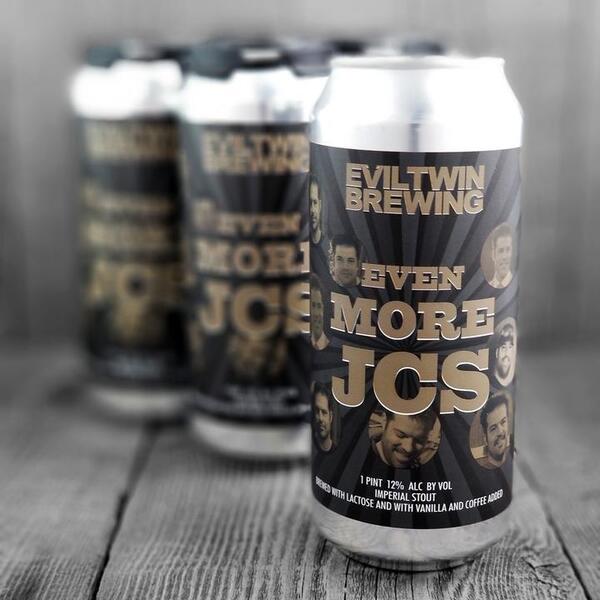 EvilTwin Even More JCS 12%
A few times in the history of craft beer it has happened that a highly praised beer maker rises beyond mortal stardom into a higher godly league. Usually t

Evil Twin Brewing was started up &ldquo;nomadically&rdquo; in 2010 by Jeppe Jarnit- Bjergso. In 2012, Jeppe and his family decided to make New York City their home and join the burgeoning local beer scene. In 2016, Jeppe was approached with the opportunity to finally root his ideas & dreams and Evil Twin Brewing NYC was born. At Evil Twin Brewing NYC we wanted to expand upon the traditions of innovation & further it with the intimacy of a local neighborhood microbrewery. With more control over our recipes, we are able to experiment on new flavors while perfecting the classics. Collaboration is a huge part of Evil Twin Brewing NYC & we are excited to be able to host & collaborate with all the amazing brewers in NYC and throughout the world within our very own home base! We strive to be a community space for all of Ridgewood and Queens and our goal is that our brewery and taproom becomes a place for locals and beer tourists alike. Our Queens brewery has been a long time coming & we are thrilled to have a home where our families, friends, and neighbors have a place to share our love for great beer, food & culture with the Ridgewood community, NYC, & the world!
2020-04-21T12:05:18+03:00
19.99 19.99 BGN 1
550 550 KGM
() 19.99 BGN Kanaal Cellar Archive Out Of Stock N/A